Nobody likes a copy cat! Set phrases and idioms with the word "cat" 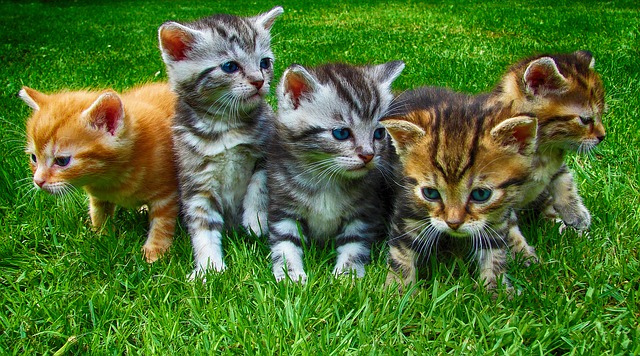 Cats are one of the most searched subjects on the Internet. So, to expand on what I first wrote about on my facebook page, and as the name of this site is Cat got your tongue?, I thought we'd look at all the words and expressions related to cats. Here it goes!

1. Words which include CAT

Okay, so these don't really have anything to do with the animal but it's simple way to start.

Can you think of any more?

Which one are you?

A copy cat is one of those annoying people who, through a lack of knowledge or creativity, copies your work and tries to pass it off as their own, using your achievements to their advantage. We've all met one.

Quite the opposite of the copy cat, in urban English, this is a person who's super cool.

A person who is often shy, gets frightened easily or is unable to face their fears. Also referred to as a chicken in English.

Someone who's high up in the business world and normally extremely wealthy.

In colloquial English, this is someone who does strange or outragious things.

This lady has nothing to do with the superhero Catwoman, but could be considered equally heroic. She's stereotypically a woman living alone who adores cats. She rescues them, often helps to re-house them and usually has many cats living with her at any given time.

I've included the literal Spanish translations to help you understand them! A few of them translate directly into Spanish.

Cat got your tongue?

If you haven't already learnt this one from the website, we ask someone this when they're too shy to speak or can't get their words out.

Look what the cat dragged in

Referring to the dead animals that cats bring home after hunting. This is a derogatory phrase used to comment on someone's arrival. Eg. (Mother says to child) Look what the cat dragged in! Where have you been for the past 3 hours and why are you covered in mud?

Note: only use this on people who you know well to be humorous. Otherwise, it may cause offense. Obviously, if that's the intention, then you can use it on people you don't like.

To let the cat out of the bag

This is to tell a secret. Often one which was supposed to be kept hidden.

This reminds me of Sylvester and Tweety. It's used to describe when someone looks extremely proud of themselves.

To be having kittens

To be worried or very nervous about something. Eg. She's having kittens about her English exam tomorrow.

To be raining cats and dogs

This is a very British idiom meaning to be rainig heavily.

A cat has nine lives

Yes, in English cats have more lives! This expression refers to the fact that a cat can survive things that would seriously injure or kill a human, like landing on all four paws when jumping from a great height.

This is a warning about being too curious, as it just might get you into trouble.

Not a cat in hell's chance

Highly unlikely, if not impossible.

There's more than one way to skin a cat

I've no idea how this idiom came into being, but it's quite self-explanatory. It means that there's more than one way of doing or achidving something.

There's not enough room to swing a cat

Again, this is another weird one meaning that a place has very little room. Either because the space is very small or because it's crowded. I don't advise using a cat as a test!

I hope you've enjoyed the cat expressions. As always, feel free to comment with any cat-inspired ideas. Remember, if you're going to be a copy cat, make sure you get the author's permission to re-publish their work first, or simply give them the credit they deserve.


3 comments - Nobody likes a copy cat! Set phrases and idioms with the word "cat"